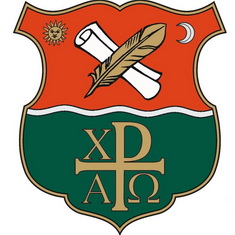 Partium Christian University, accredited in 2008, assumes and continues the traditions of the Sulyok István Reformed College, founded by the Királyhágómellék Church District in 1990. By providing quality education in the ecumenical spirit to the Hungarian community in Transylvania and in the Partium Region, the university undertakes the responsibilities stated when the institution of higher education was stated.  Accordingly, the Charter of the University declares that the basis on which a modern, internationally competent university can be laid is to be found in the Christian set of values, in creativity and intellectuality, and in the centuries-old traditions Hungarian university education.

Partium Christian University is a significant element of the European Region of Higher Education and of the Transylvanian Hungarian higher education network. From the beginning of its history, the university recognised the importance of a mother-tongue based, independent university in the service of the Transylvanian Hungarian minority, as well as the need to build a mother-tongue based system of public educational institutions. Thus, besides the educational and scientific challenges, the university has a strategic role in terms of minority politics as well. Its purpose is to assure equal educational opportunities for the Hungarian community in the Partium Region and Transylvania, and to educate well-trained and internationally competitive experts, according to the most updated educational and research requirements. By forming intellectuals, the university also fulfils a cultural mission: it educates new professionals who will nurture Hungarian culture.

In this mission, our university aims to fulfil the following principles: to assert the Christian and general human values; to preserve and develop the national identity of our community; to educate experts and provide further training opportunities in the Partium Region; to ensure competitive and quality education and research; to ensure the transparent and coherent functioning of the university; to assert professional and academic mentality; to build extensive institutional connections; and to practice all those rights that are ensured by the law of the university’s autonomy.

Our purpose is to form an academic community in which Christian love, righteousness, consistency, solidarity, and moral conduct are excelled.